Novel based on a true story of Czech actress Jarmila Horakova who played in 20s. Published in 2022. Read more.

Novel based on a true story of Czech female cyclist Blanka Battaglia. Published in 2021. Read more. 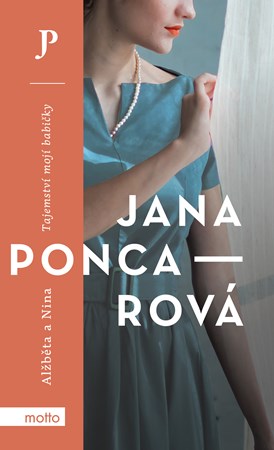 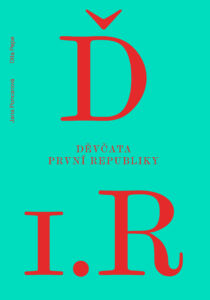 The documentary publication Girls of the First Czechoslovak Republic brings together eight stories of women born in the 1920s. Published in 2020.

A novel based on a true story set before and during the Second World War. Published in 2019.

Eugenie has everything most women dream of – a kind husband, a luxurious hotel and two children. Yet, she doesn’t have anything that she herself has always desired – her freedom and to see America. The Second World War brings liberation and true love into Eugenie’s life, while also presenting her with a life-changing decision.

The dark-haired girl with deep brown eyes and a melancholic smile grows up in a well-situated family. When her father, ambitious restaurateur Arnost Egert, meets the new owner of the Hotel Continental in Pilsen, the fate of the young woman is sealed. As an obedient daughter, Eugenie agrees to marry hotelier Emanuel Ledecky. Her arranged marriage is loveless. She helps run the hotel, gives birth to two children, deals with the everyday routine and experiences the struggles of war. In 1944, during a heavy bombing, she loses her husband, father and mother. She is alone with two small children and a hotel that needs reconstruction. She finally proves her strength, determination and intelligence. When the American army liberates the city in May 1945, it brings not only a freedom but also love into her life. Eugenie meets general John Hinds who finds something beautiful in the young widow. After a few weeks, a young diplomat appears, and Eugenia has to make the decision of her life.

“The great Hollywood film “Casablanca” came to mind after reading Jana Poncarova’s brilliant true-story romance, Eugenie. For the Czechs, the war stretched nearly seven years, the first country stolen and the last liberated. The beautiful Eugenie was widowed in a Pilsen air raid just months prior to war’s end, leaving her alone to run the city’s most sumptuous inn, the Hotel Continental.  Pilsen’s glorious liberation brought more than freedom to Eugenie’s world when the dashing American General Hinds arrived to make headquarters in her hotel. With the General free of the hell of combat and Eugenie finally free of Nazi occupation, their love seems nearly preordained. Author Jana Poncarova is from Pilsen, and her tender storytelling is infused with a lifetime of walking Pilsen’s cobblestones and marveling at its buildings, none more beautiful than the Hotel Continental. Eugenie’s subtle and refined charm contrasts with the General’s rugged sex appeal, making this story so Hollywood-ready. Opposites attract. And with the euphoria of the end of war as backdrop, the reader can’t help but cheer these two battered souls as they find comfort in each other’s arms. Poncarova accidentally discovered this love story while vacationing in America, almost as if it had been waiting for her. Her gripping prose lifts its string of coincidences and historic events to that tender plane where lovers whisper. Page after page, the book is sheer delight.”

(Patrick Dewane, author of one man show The Accidental Hero)

“Jana Poncarová is a successful Czech novelist who has truly mastered the art of the historical literary novel. Her second book, Eugenie, is based on the true story of hotel owner Eugenie Egertová Janečková and her life in Pilsen, Czechoslovakia during the Second World War. The author is a powerful storyteller who manages to inconspicuously weave historical details – from rising Nazi sentiments through wartime bombings up to the liberation of the city by the American army – together with the personal story of Eugenie herself. Her loveless arranged marriage, her struggle to play an active role in helping her husband run their hotel and finally her bravery in redefining her own sense of self after she is widowed, all play out in front of the reader’s eyes thanks to author’s striking language where luscious metaphors and flowing descriptions drip off the page like honey. The result is a powerful portrait of a woman whose inner strength, determination and intelligence allow her to navigate one of the darkest eras of modern history with grace and dignity. Reading her story will leave the reader feeling honored to have been a witness to a part of this woman’s life, wondering how come this book hasn’t been made into a film yet.”

“Eugenie had lived an interesting life and the author has used it skillfully as basis to write an engaging and pleasant novel. The heroine is undoubtedly authentic and readers will respond to the delicate melancholy of an intelligent individual looking for her place in the world. Eugenie’s imperfections shown through her slight detachment from her children make her an ordinary woman who can be trusted. Her strength does not lie in her bravery or her selflessness but rather in her human desire to live a fulfilling life.”

“Surely, one of the TOP books this year. The life story of hotel owner Eugenie gives me goosebumps, as does the backstory of the way the novel came to be written. These most unbelievable journeys can only be written by life itself.”

“The story takes place during the German occupation and liberation [of Czechoslovakia] by the American army, which brings new hope and love into Eugenie’s life. Her fate rife with loss is told with big emotion, using many dialogues and descriptive passages, which perfectly pull the readers into the story and draw them closer to the period atmosphere, the psychology of the characters as well as their emotions. The storytelling is descriptive and authentic and bespeaks of the rich world inside the author’s mind.”

A novel of three genearations of women in region Brdy. Inspired by a true story. Published in 2018.